Can you tell I work in Customer Service? 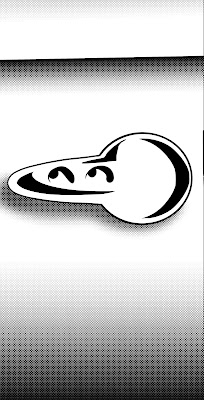 An upscale home with state-of-the-art technology in the most bustling colony on the freaking moon, and Ulric couldn't get his toilet to flush. The party started in only an hour, and the plumber was half an hour later than he promised. Too much later and the guests would have plenty to eat and drink and nowhere to crap it out. All his investments, all his deals led up to tonight, when he would finally get a chance to mingle with some of the moon's best and brightest. And now Ulric would become the laughing stock of the entire colony, if not of the entire moon.

He stood at the window, staring out at the gray dust and rocks, and at the trams zipping back and forth from one dome to the other. Those trams would be bringing in his guests all through the night. Maybe, just maybe, one of them would have the plumber. Maybe, just maybe, it would turn out the problem was something simple, easy to clear up.

The bell rang. Ulric crossed the living room of his condo to the front door and pressed the button to unlock it. "It's about damn time you—oh, it's you."

Ulric's cousin Nadine raised her safety gear—the low gravity made it easier to bump into things—over her head and passed it over to him. "Is that how you say hello in D Colony? Nice place. You have moved up, haven't you?"

"I was already in this dome, and ran out of stuff to do, so I thought I'd stop by." She picked out a meatball from the snacks Ulric had laid out on his kitchen table.

"Well, you couldn't have picked a worse time. I'm waiting for a plumber. The toilet isn't working."

"It only started an hour ago. And I checked, it's happening to the upstairs toilet, too. So if you have to go, I don't know what to tell you. I just know if that plumber doesn't show up soon, I'm taking this right to the Colony Committee."

He stepped back as the caterer wheeled in a cart full of heated containers and laid them on the table among the snacks.

"Is this everything?" Ulric said. The caterer said yes, Ulric paid him, and let him go. The door slid shut behind the caterer.

"You don't think you're overdoing it with the food?" Nadine said.

"What kind of party doesn't have plenty of food?" Ulric straightened the pans. "I happen to know the head of fuel services goes absolutely nuts over old American food."

"Is that who you're cozying up to?" Nadine sniffed. "I thought I smelled buffalo sauce."

The bell rang once again. "All right," Ulric said. "If this isn't the plumber, I'm just telling them to go home."

He opened the door, and on the other side stood a young man in a jumpsuit with a patch that said "Sea of Tranquility Plumbing."

"It's about damn time," Ulric said. "What the hell took you so long?"

"My apologies, sir." The plumber drifted in. "I had a job over in K Dome that took longer than I expected. Which way's the bathroom?"

"This way." Ulric led him down the hall, into the second door on the left. "Right here."

"All right. Do you know if anyone else in this dome had any trouble?"

"I haven't had a chance to ask. Just take care of it right away." Ulric went back to the living room, where Nadine was peeking underneath the foil on the trays the caterer brought in. He whipped one off and snatched up a buffalo wing. "I swear, Nadine, I swear."

"Look, he got here, there's plenty of time, no point stressing out."

Ulric munched on the wing and looked over toward the hall. He heard water flow behind the walls. The plumber stepped out of the bathroom. "You need anything?" Ulric said.

"Thank God, I can pour some scotch!" Nadine said.

"Done?" Ulric dropped his wing, and after swiping his hand twice, managed to catch it before it hit the floor. Sometimes having a fraction of Earth's gravity was a blessing. "How can you already be done?"

"Turned out it was fairly simple. I just had to do a service reset."

"A service reset? On a toilet?"

"Right. This being the moon, and a 100% artificial environment, all water has to be carefully monitored and regulated by the dome's computer network. So I reset the connection to the server, that cleared the memory, and it restored water access to your toilet."

"Seriously?" Nadine said to Ulric. "You brought a plumber up here just for a service reset?"

"I've never even heard of such a thing."

"You have to forgive my cousin," Nadine told the plumber. "He's a little new to the moon."

"Well, newer homes don't necessarily have this problem," the plumber said. "Everything gets rerouted and reset automatically. This one looks like it's still using second-gen plumbing. If it ever stops again, just open the tank and hold down the blue button. That should take care of it. Do you want to pay now or should I send you a bill?"

"Why should I pay you?" Ulric said. "All you did was push a button."

"A job I could have done myself."

"But you didn't," Nadine said, then sipped her scotch.

"I'll send you a bill," the plumber said, heading for the door.

"I'm not gonna pay it!" Ulric said. "I'm taking this straight to the Colony Committee!"

The plumber walked out, and the door slid shut behind him.

"You realize, of course," Nadine said, "the Colony Committee might be less than willing to side with someone who tried to stiff a plumber on his pay."

"Do you want to stay for the party, or don't you?"

"Oh I'm staying." Nadine finished off her scotch. "I want to hear all the ways you spin this to all your new friends."

The bell rang. Ulric answered, and welcomed the head of fuel services and Mrs. Head of Fuel Services. "Welcome! Welcome! You're early, but it never hurts to be the first one! Make yourself at home!"

"Happy to be here," the head of fuel services said. "But before I do anything else, which way is your bathroom?"

"Down the hall, second door on the left."

The head of fuel services took floating steps down the hall as Ulric nodded smugly at his cousin. "You're just in time," he told Mrs. Fuel Services. "We just got the plumbing fixed."

The head of fuel services stuck his head out the bathroom door. "Excuse me, where's the toilet paper?"

"Toilet paper?" Ulric said. "There should be a roll in there."

"It's almost gone, and I couldn't find any under the sink."

Ulric knew he'd forgotten something. All he had was one roll upstairs, and he'd meant to get more earlier that day.

Nadine grinned smugly at Ulric, and poured another glass of scotch for Mrs. Fuel Services and herself.