"Perdition Lost" is one of the first full stories I ever wrote.  My English class that semester had been discussing Paradise Lost, and naturally I wondered what would happen if I inverted it.  I actually haven't read Milton's work all the way through, but this is modelled more on Dante anyway.  For the most part, the original version was me trying to do an impression of Gaiman and Pratchett's Good Omens.  Hopefully this current version better expresses my own voice.

Another inspiration came from a street preacher who had come to campus that same semester, ranting near the library against gays (among other things, he had a "Thank God for AIDS" button on his shirt.).  Malphas' preaching style comes directly from him.  Especially the way he says "Hell."

The demons' ability to see peoples' sins goes back to the original Hebrew meaning of Satan: "accuser," or "adversary."  That is, they see our sins, judge us harshly, and manipulate us into sinning further so they have more excuse to accuse.  The idea of the Elder Demons refusing to torment the dead is entirely my own—nothing in this story is in any way intended as a dogmatic statement, or even a theolegoumenon.  In any case, they're pretty clearly not good, not nice, and not on humanity's side.

One thing that helped later drafts was my tangential-at-best involvement with Chattanooga Organized for Action, which taught me the word "solidarity."  The executive director is one of my closest friends, so don't worry; this is all in good fun.

There is one huge change between early drafts and the more recent published versions.  Originally, Malphas was the central character.  However, I decided that the plot was jumping around too much, and there was too much bloat toward the beginning.  So I switched things around to Samhail's perspective, where he originally appeared in only a single scene.  I got the name from Who in Hell..., a tongue-in-cheek encyclopedia of Hell's inhabitants, including demons (from Dante, Milton, and the Goetia), the damned (especially from the Inferno and other underworld journeys), and more modern people who might fit in one of Dante's circles.  According to that book, "Samhail" is the root of the term "Sam Hill."  As in "What in..."  No idea how true it is, but I like it enough to keep using it.

Also, in the original original draft, Malphas was named "Quarex."  It wasn't significant at all; just the first arrangement of letters that came to mind.  My mom always said she preferred that one, but I wanted to at least use a name with some provenance.  So Malphas it is. 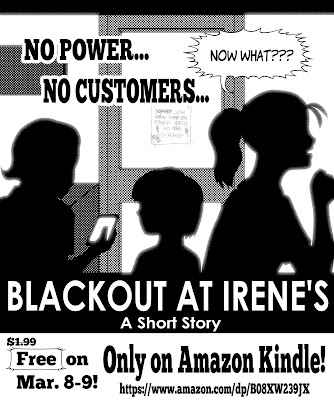