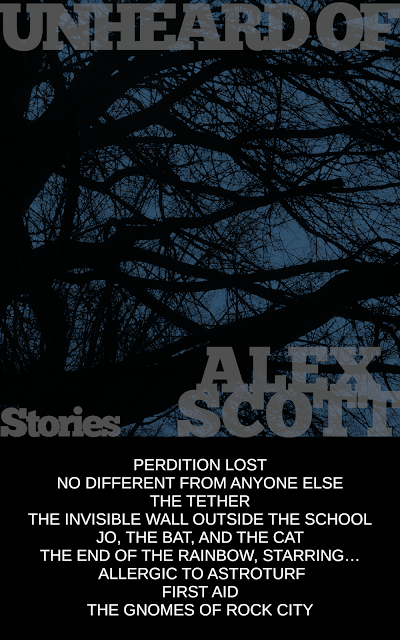 Unheard Of brings together nine short tales of science fiction, fantasy, horror, and plain old
silliness from up-and-coming author Alex Scott. In this collection, he takes you from the depths of hell, where the junior demons mount a revolt against their infernal elders; to miles above the earth, where two teenage friends reunite after years apart; to a simple Tennessee tourist attraction, where the valiant gnomes once lived. At times heartwarming, disturbing, and comical, this journey is one you won't soon forget!

Includes the all-new story "First Aid," presented here for the first time ever!